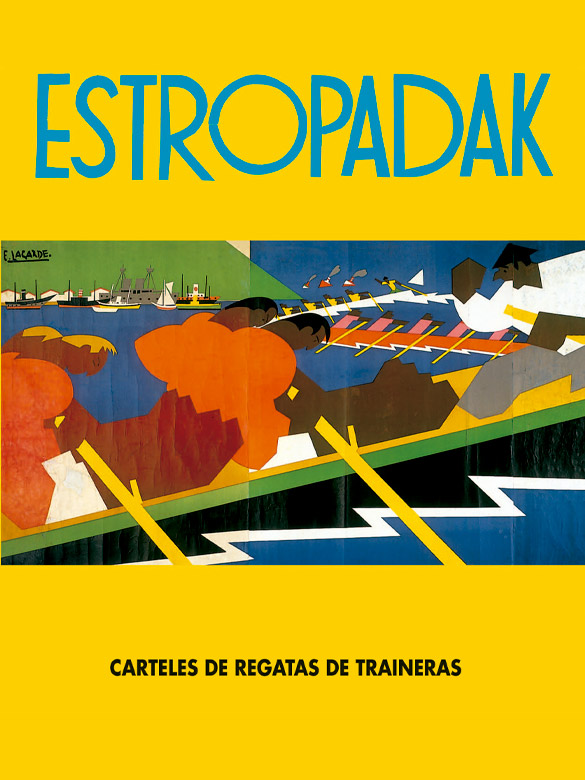 UNSAIN, J.M. The exhibition of “trainera” rowing boat regatta posters was organised by the Naval Museum. From the standpoint of graphic design, it is a significant example of the history of Basque poster-making, with posters from the 1920s and 1930s, rowing’s golden age, right up to the early 21st century. This carefully chosen collection contains posters of marvellous artistic quality, some  of which had been given up for lost, and had never featured in an exhibition before.